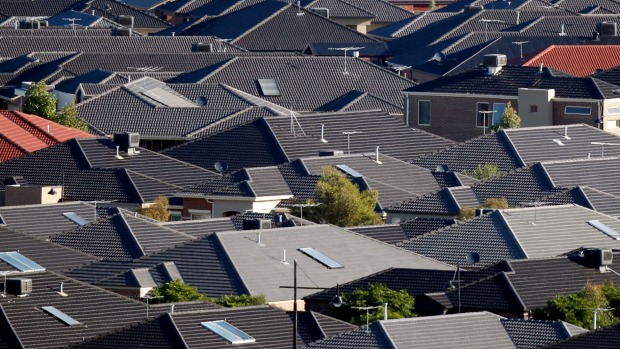 Mortgage rates are set to rise for both fixed and variable rate borrowers this year as global interest rates shoot higher, competition eases and capital rules begin to bite.

“Borrowers should assume we are at the bottom of the interest rate cycle – in fact we are probably already past it,” housing finance expert Martin North of Digital Finance Analytics told The Australian Financial Review.

The main cause of these higher funding costs for fixed-rate loans was a sharp rise in Australian medium-term bond rates from September to December as rising commodity prices, rising inflation and a shift in global monetary policy rhetoric forced traders to question the thesis that rates would stay low indefinitely.

Bond rates kicked up again following the election of Donald Trump in the US, forcing the three-year Australian swap rate to 2.35 per cent from an all-time low of 1.75 per cent in September. Australian interest rates rates tend to closely track movements in global bond rates and are expected to rise further this year, which will force costs higher for prospective borrowers seeking a fixed interest rate.

“Capital markets have seen a price hike since Trump, and as a result banks are having to pay more for wholesale funding – a critical element in bank funding,” Mr North said.

While rates on standard variable mortgage loans are not impacted by medium-term moves in the bond market, they too could edge higher this year if traders’ bets that the Reserve Bank is more likely to hike than lower interest rates prove correct.

For most of last year bond markets had priced in cuts for this year, but as global bond rates have shot higher rate cuts have been all but priced out – with markets prescribing just a one in 13 chance that the cash rate will fall this year. Meanwhile, traders are attaching a one in three probability that the Reserve Bank will raise the cash rate to 1.75 per cent before the end of the year.

“It depends on the Reserve Bank’s view on inflation versus property [risks from lower rates],” Mr North said. “Investment loans are hot, so I think it’s an even bet as to whether they raise rates.”

Australian Bureau of Statistics figures released on Tuesday showed mortgage lending to investors, which has concerned regulators, jumped by 4.9 per cent in November, up from 1.5 per cent in October – to the highest level since July 2015.

While base interest rates are likely to have the largest bearing on borrowing costs, other factors such as wholesale and deposit funding costs and capital requirements, and the level and intensity of competition among the banks for new loans will influence mortgage rates too.

Mr North, however, said that the signs are that competition pressures are easing, which will remove the downward pressure on home loan rates evident last year.

“The banks have realised that the deep discounting we saw in 2016 was a race to the bottom, so the banks are going to be sassier from here and that means higher rates,” he said.

Another potential upward force is the chance of further increases in capital when the Basel committee on banking supervision finalises its Basel III capital framework.

“The thing about Basel is it’s translating more of the portfolio risks into capital calculations so different types of borrowers attract different charges,” he said.

One positive for borrowers is that two important components of bank funding costs have moderated.

Concerns have been raised that banking rules that come into effect in early 2018 and prioritise retail deposits over other forms of funding will increase competition for savings, forcing up deposit costs. From January next year Australia’s banks will have to meet a prescribed ‘net stable funding ratio’ aimed at limiting the risk of a bank run by funding their loans with stable sources such as deposits.

So far, however, the evidence is that banks are not competing aggressively for savings, by increasing term deposit rates, as they were six months ago.

The cost of insuring against the default of a major Australian bank’s debt for five years is now around 64 basis points, its lowest level for 18 months, and well below the 10-year average of 100 basis points. Australian bank credit default swaps are a proxy for wholesale funding costs.